Origin and History
The most authoritative alchemist  of Grappa, or bottled grape sun as Paolo Monelli calls it, was Francesco Trussoni, alembic master from Gallo d Alba. He had the genial idea of created Grappa di Barolo, the first single grape Grappa in history, in 1885.

The company was taken over by Mario Montanaro and his wife Angela Trussoni in 1922. With their son, Giuseppe Montanaro, they perfected the production processes by adopting steam alembics, and inherited a rigorous method which made use of the precious experience and the influence of the Alba Wine School.

Over a century, this brought about a sort of irreplaceable ecosystem where Montanaro spirits, particularly Grappa di Barolo, have become the most sophisticated emblems of the values related to a happy territory called Langa, encompassing a variety of historical and cultural aspects. 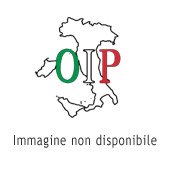