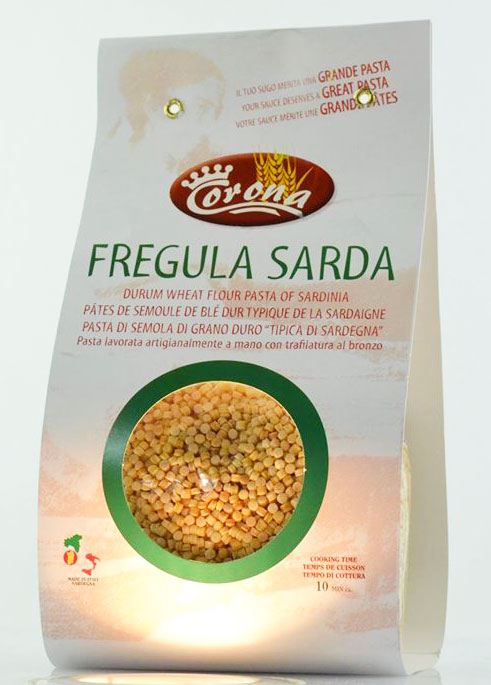 Fregula, also called fregola or freula is a kind of pasta produced in Sardinia. The name derives from the Latin verb "sneezing", that is to say "smudging". Fregula is a pasta of semolina produced for "rolling" of wet semolina inside a large barrel of roasted ham in the oven where it takes its typical brunast coloring.
Originally, it was cooked in broth with scallops or "incasada" (informed) with fresh pecorino. For 10 years Renzo Corona has re-evaluated it and served it on the table during the seasons with different pairs
Gourmet match
Fregula Sardinia with lobster, mixed crustaceans, tomato sauce, pesto and fish, porcini, country asparagus, artichokes.