It all started with Eugenio's need to find new stimuli, to construct a new life, more in harmony with the land. Highly motivated as well by his desire to realize the ambitious project of producing great wines, truly respectful of the vineyard.

To realize this dream, he began planning out his vineyards and planting a number of different varieties in the few hectares he had.

In 1991 he decided to take on the young winemaker, Luca D'Attoma, who immediately espoused his idea of creating a wholly original wine, one that would break with the staus quo. Eugenios untimely death did not put an end to this dream: Cinzia moved in and assumed the new role of managing the winery herself. With courage and tenacity, she carried forward and further developed her husbands project and in 2008, was rewarded for her efforts: Le Macchiole's wine, Messorio, was given a score of 100 by Wine Spectator. 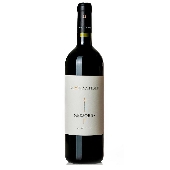